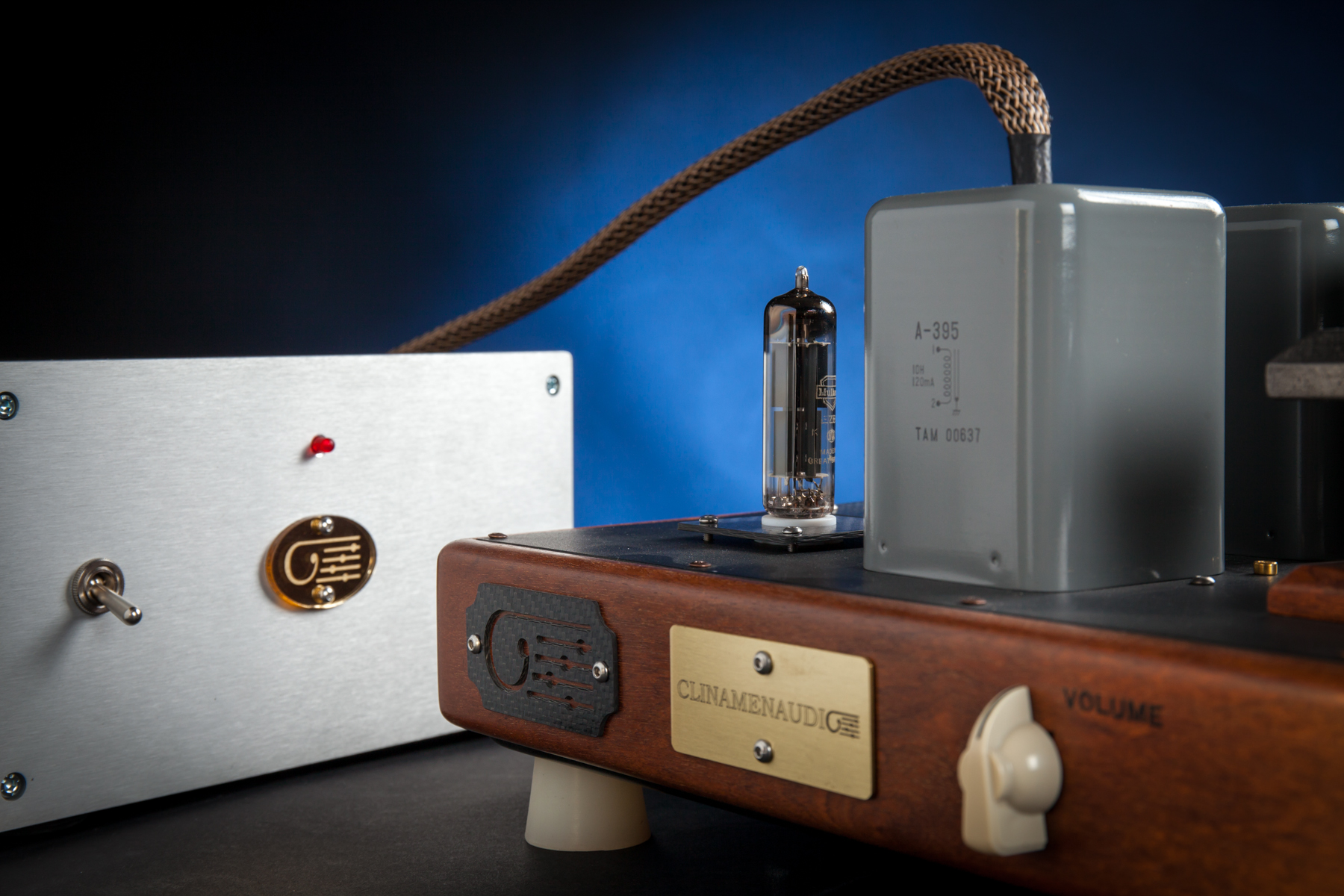 Origins of the name

The mathematician Theodor Kaluza and the physicist Oskar Klein worked on a theory, ‘Kaluza-Klein’, aimed at unifying the gravitational field described by general relativity with the magnetic field described by Maxwell’s equations. In order to do this they hypothesized the existence of a fifth space dimension. The non-visibility of this ‘extra’ alleged dimension was explained by supposing that it was coiled up on itself and of infinitesimal size, so much so that it can escape today’s means of enquiry. This theory was abandoned but lately has come back again with the string theory. 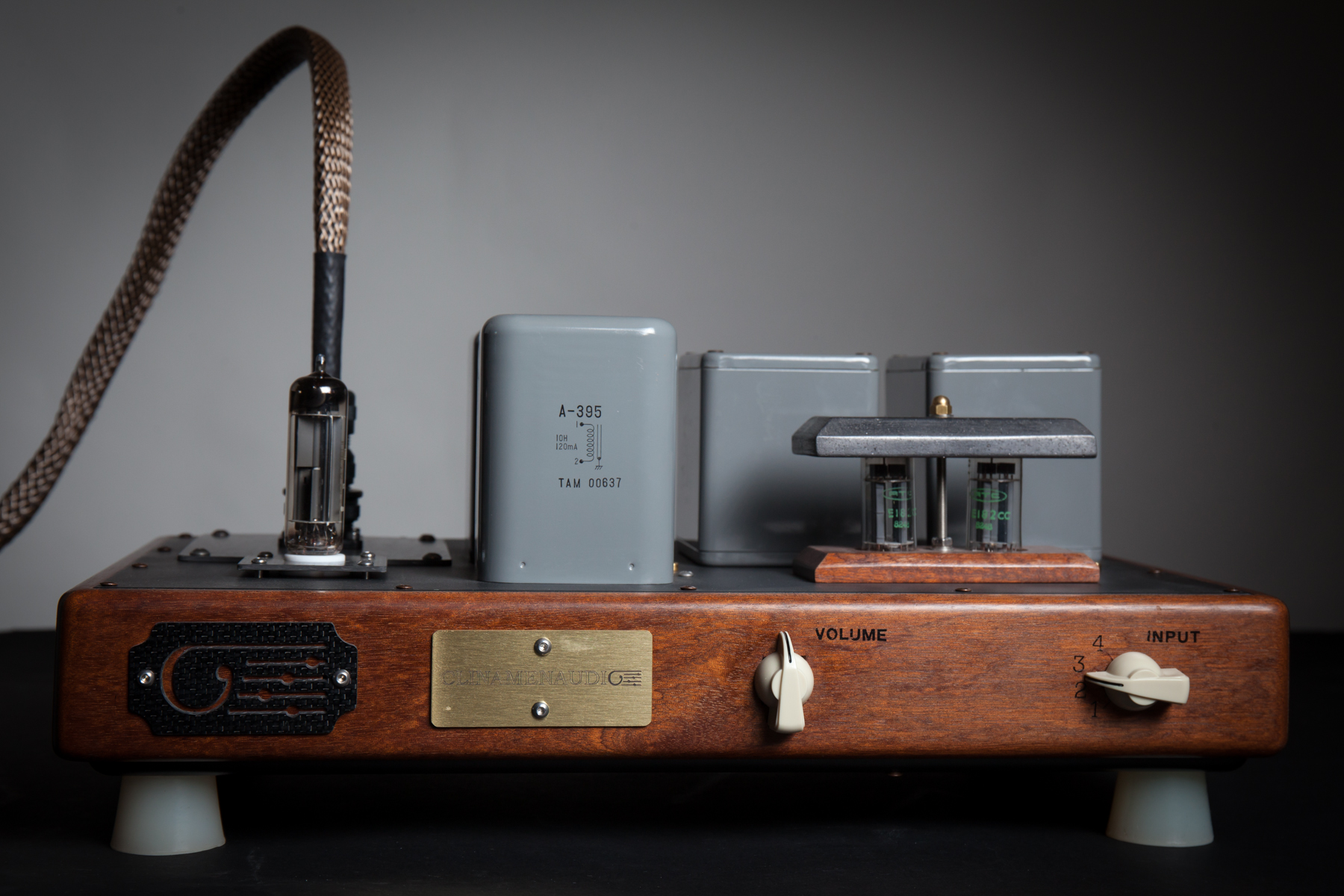 Kaluza-Klein is the landmark preamp of the Clinamen family. It is a line preamp built according to the Clinamen philosophy, viz. on the natural path of sound and using the simplest and most natural methods possible. This means a few but absolutely linear components, that work among themselves supporting each other for the purpose of achieving a non-mechanical sound, as close as possible to live music. No emphasis on ranges, no theatricality; the sonorous message goes through unaltered, without losing its fabric, its harmonious consistency and its naturalness.

In order to achieve this ambitious goal Kaluza-Klein works around a unique triode per channel, in parallel configuration (to lower the impedance of the stage naturally) with high trans-conductance. The triode in question, the E182CC, is extremely linear and it allows us to get the right gain with a low rate of distortion without any feedback. The stage is coupled in output with a step-down signal transformer, in order to further reduce the output impedance of the preamp.

The use of a transformer coupled with a valve is the most logical solution as it is confirmed by all the mathematical equations that manage the triode’s work. It is a shame that building linear quality transformers is very expensive. It is simpler to turn to circuit tricks and gimmicks which complicate the electrical diagram and give just as good nameplate results for the device, but they compromise irreversibly the musical quality. (Cathode followers are an example of this).

Clinamenaudio strays from any commercial logic and pursues the best Path for music. In this view a sophisticated output transformer has been used, step-down as far as turn ratio is concerned, in order to supply extremely low electrical impedance in output.

The power supply is exquisite. The power supply transformer is hosted in a separate container in order to eliminate any possible interference of its magnetic flow from the active elements designated to deal with the signal. This as well as the mechanic damping of the valves, allows us to obtain very high micro-dynamics. The power supply unit is connected to the audio frame through a cable that uses silver Mil-Spec cables insulated with Teflon and shielded with nickel

The rectification of the network sinusoid is entrusted to the double vacuum diode EZ81 / 6cA4 for a gentle commutation without any electrical spikes. The tension levelling thus obtained is entrusted to a double stage of inductive filtering. The coils are layered and the condensers are high quality in order to have a high discharge capacity and not to color the timbral set in transit.

The appearance of the device is not definitive; we will update you very soon with images of the preamp in its final look.