Th following work is focused on a loudspeaker with ALtec 416 15 inch woofer, and compression driver Altec 806-D , 1 inch troath coupled with a 511B Altec sectorial horn. The speaker system with these compression drivers, expecially with the big 511B horn, have the high frequency that fall down, after 8 Khz, especially in off axis listening. With the 802 -D driver the high frequency response is a little better, because it have a powerful motor, but in both cases,  So a super tweeter is higly reccomended

In the following picture you can estimate the high frequency behaviour of 802D-D driver. The 806 is even worse 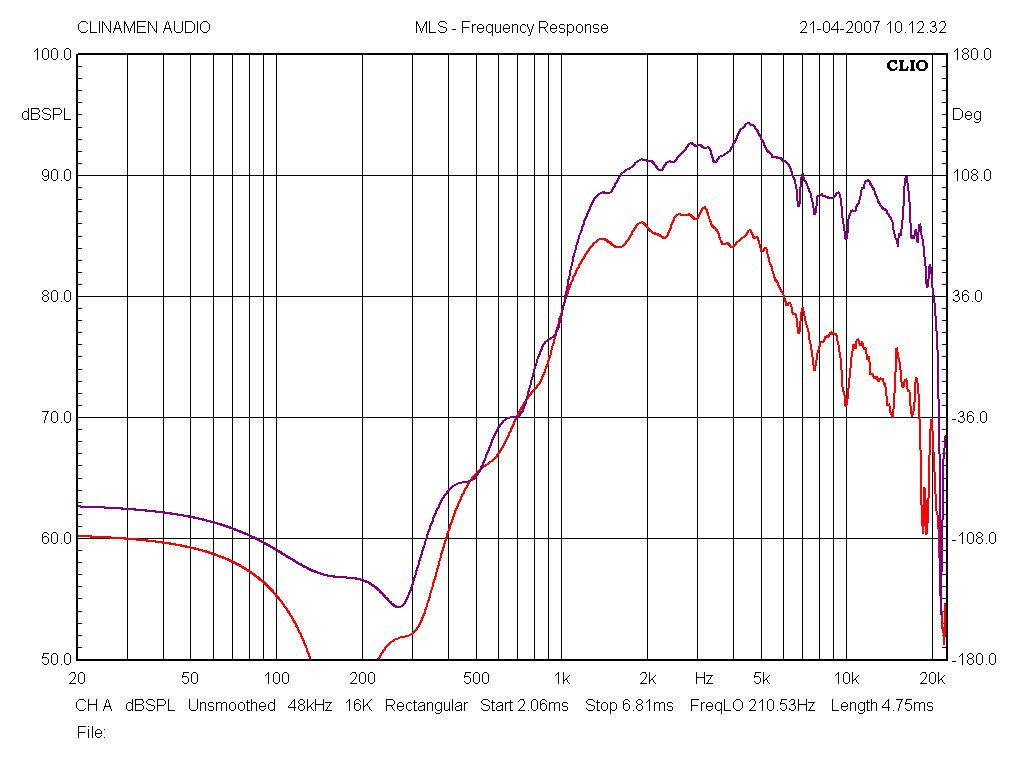 The supertweeter choosen is the Fostex T925-A, it is a compression tweeter.

The crossover network for the tweeter is a 6 db/oct . The crossover driver a transformers with secondary taps for matching the sensitivity of the tweeter with the primary loudspeaker.  Because the frequency response is not close to the diaphram resonance, the notch filter on the resonance is not implemented.  In this high frequency network , the driver attenuation is not made with resistive losses : the L-PAD give not a natural sound, compress sound , and timbral alterations. So a expensive inductive control it has been placed. We made a custom transformer with a secondary multi tapped (7 taps)  for attenuation, with 2 dB each from other. A two way rotary commuator drive the taps of the secondary transformer and a resistive load on the primary that allow to the crossover to see a costant load.

The last work was the damping og the horn, with Dyanamt Extreme bitumes/alluminium sheet. The 511 and 811B Sectorial horn was made by two welded shell; unfortunately, without a damping, this horn, excited by the audio frequency , ring like bells 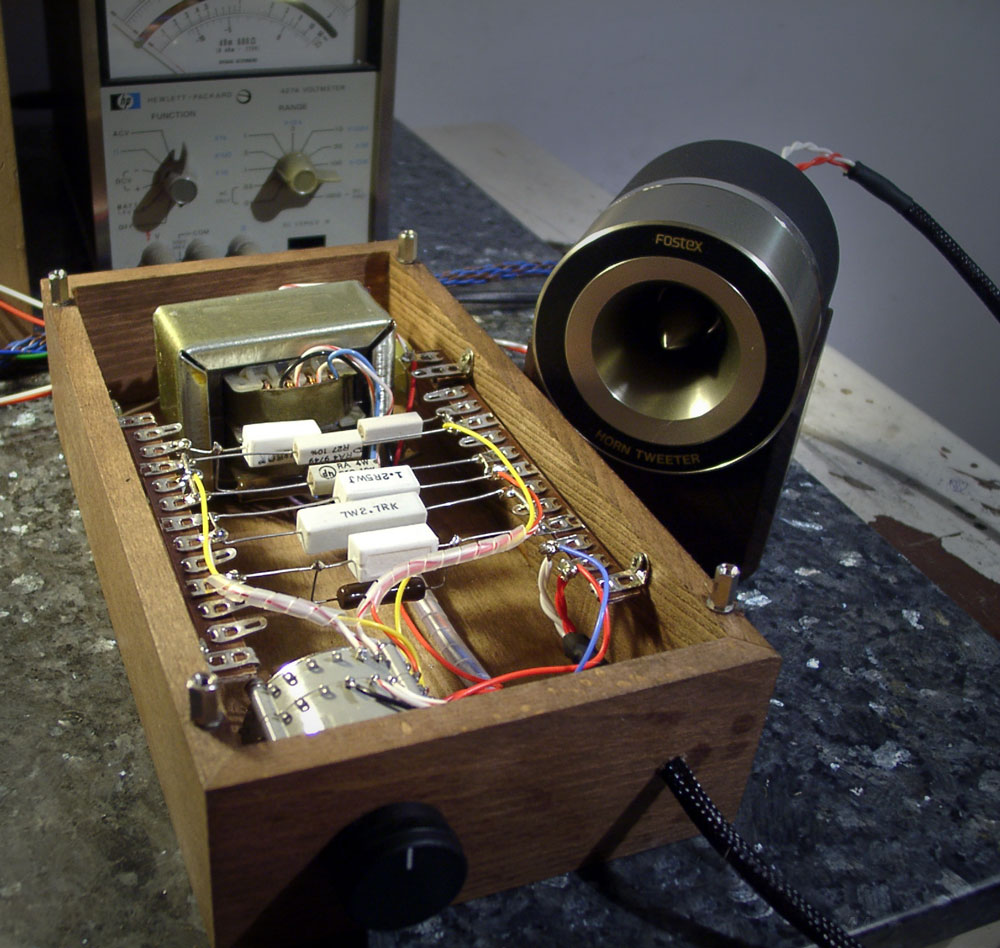