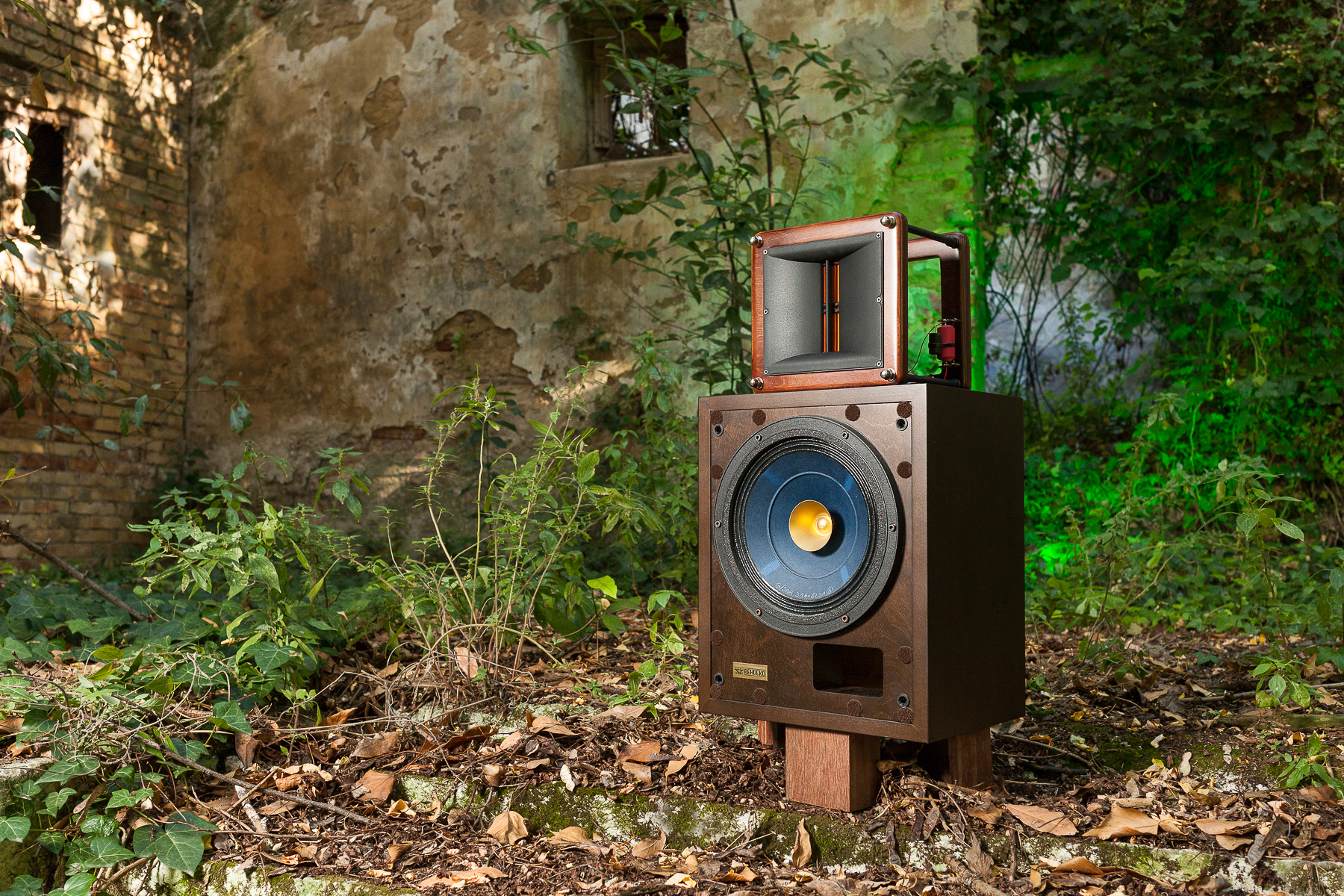 We have developed an external tweeter unit for the Rehdeko RK 115-S loudspeakers. We won’t go on about the quality of these speakers; they are well known and very popular among the enthusiasts. We won’t bother going into the ideological issue if it makes sense to apply a tweeter on such a speaker, overturning the starting idea. Here at Clinamen we have carried out many listening tests and most of all instrumental tests; we think the support of a suitable non ordinary tweeter drastically improves this speaker from the point of view of timbral balance, acoustic scene and sound vivacity.

In actual fact we found the speaker in its original configuration very nasal as well as having a reproduction in the acute range lacking sharpness. As well as the obvious strain that a 10” full range speaker has in reproducing energy with wide dispersion above 10KHz, there is another important issue, especially for the timbre. There is a clear dip in the frequency response starting from 5KHz (almost certainly due to the destructive interaction of the frequencies emitted between horn and double horn in the overlapping frequencies) and this leads to nasality and timbral hues, which become evident after listening to the speaker supported by our external unit. 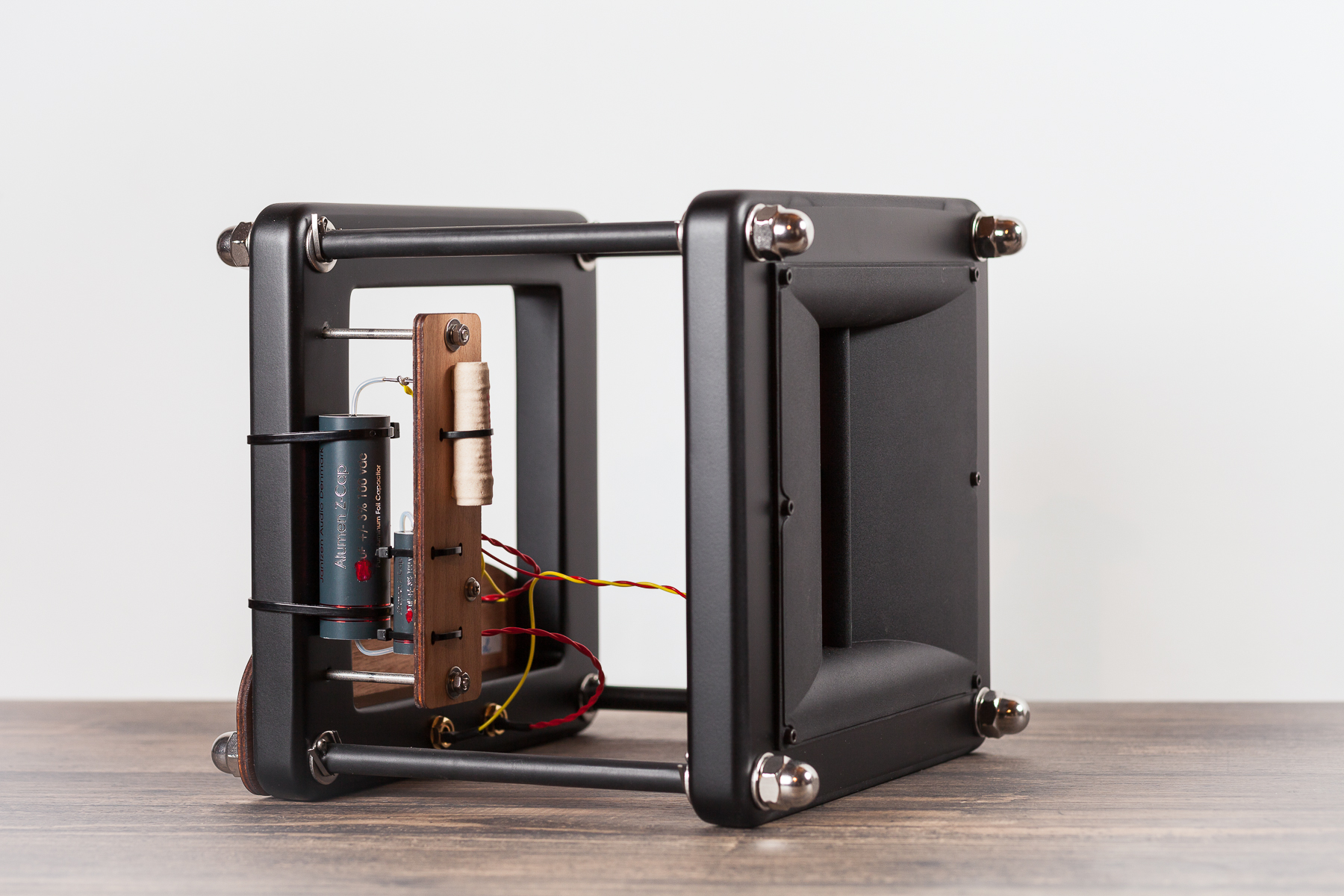 The tweeter that must be used on Rehdeko loudspeakers cannot be a super-tweeter! On the contrary, it must be able to go down in frequency for three fundamental reasons:

The issues above imply the use of a tweeter with wide radiant surface in order to pick the goals of low distortion, high sensitivity, low resonance frequency, ability to emit energy in the range starting from 5KHz. Therefore we chose a splendid MAGNETOSTATIC DIPOLE custom unit with Mylar planar membrane and with a deposited and laser photoengraved mobile coil (the same used in the KAMALA and KARMA loudspeakers). 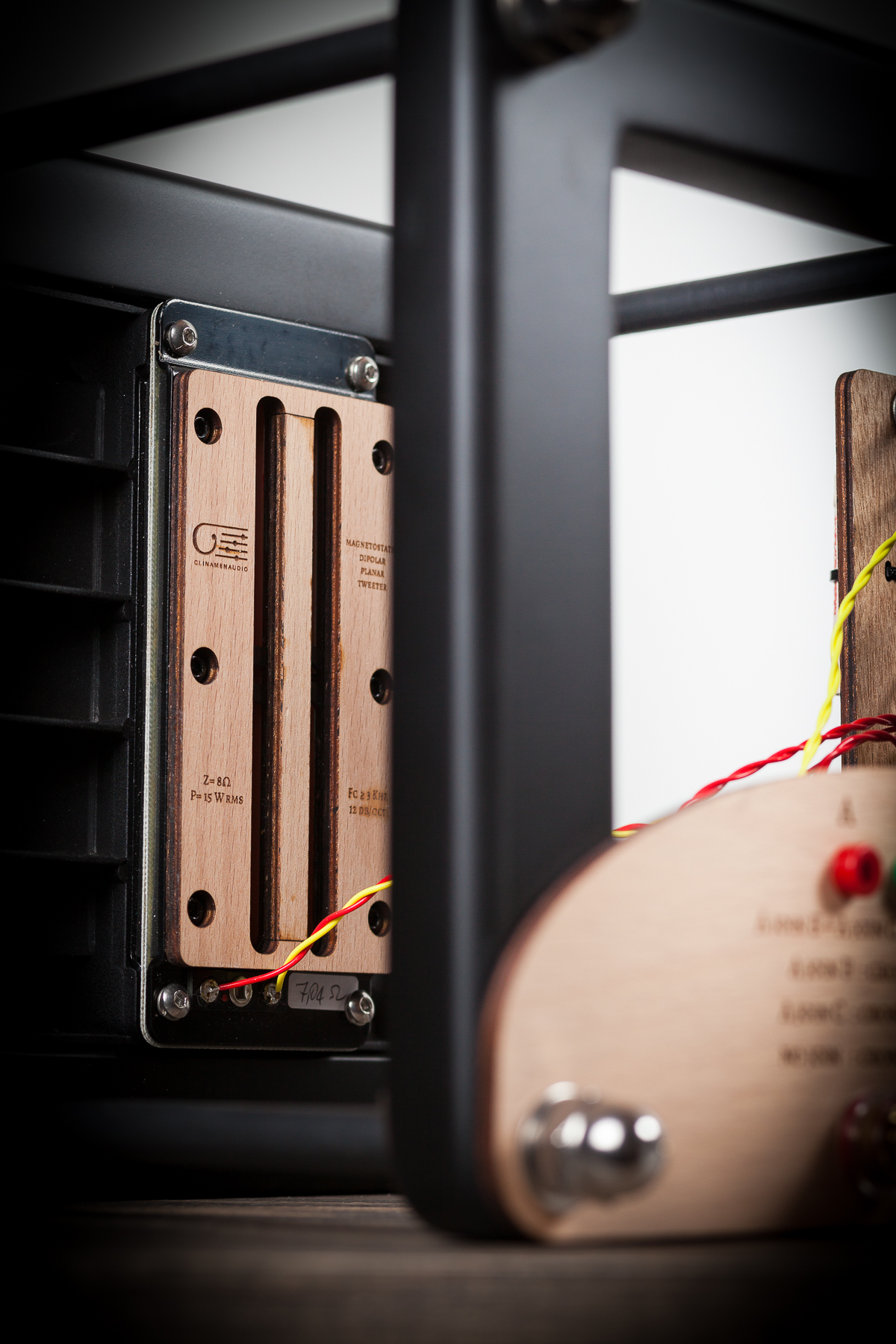 The characteristics of this loudspeaker are extreme linearity, resistive impedance module, dipole emission, low resonance frequency. The unit emits flat wave fronts which perfectly match the waveguide in which they are emitted. The guide controls dispersion and adapts the radiation impedance of the source to the listening room, allowing a reproduction of the high frequency extremely captivating and lacking distortions. 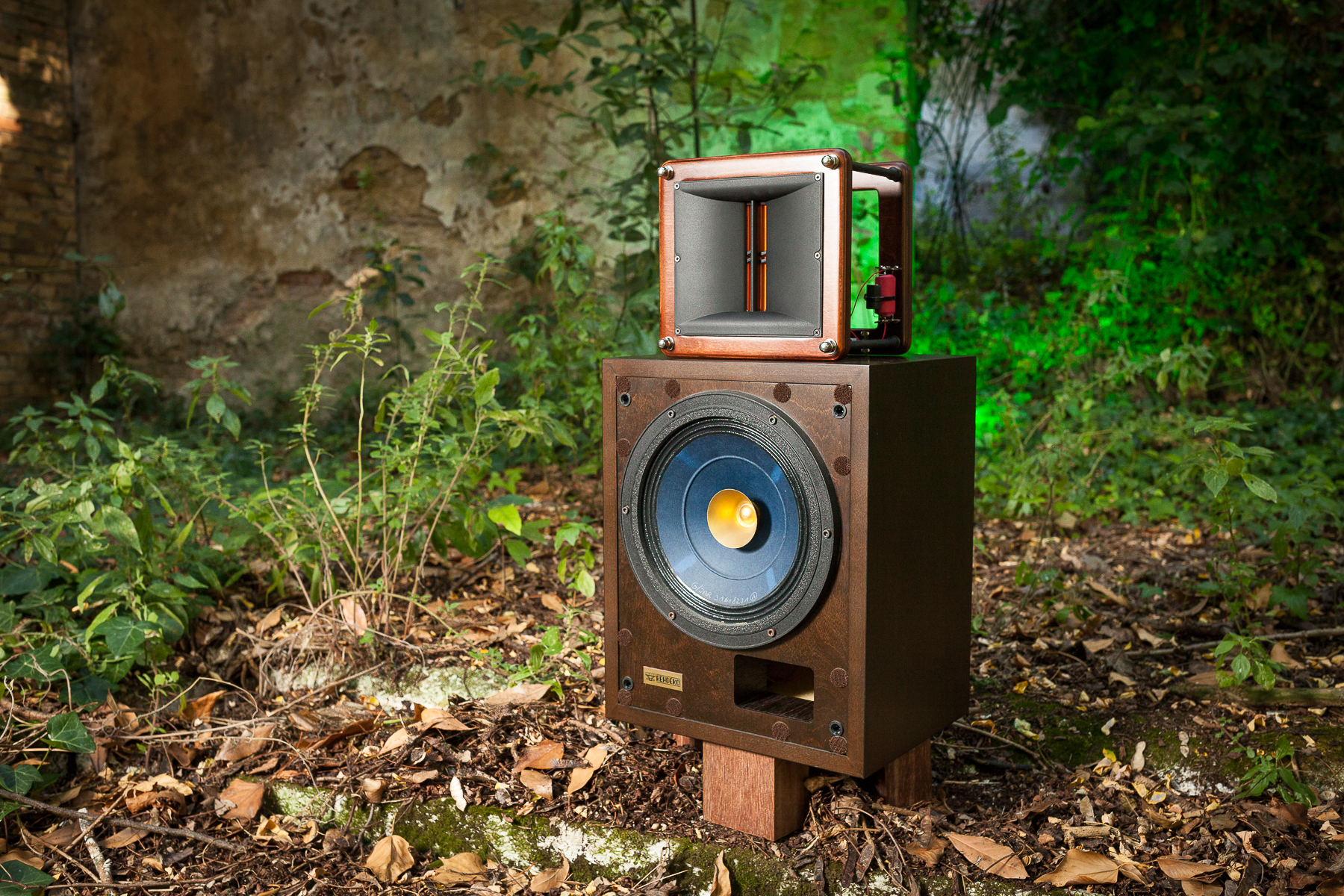 The tweeter is hosted in a completely open container, considering the characteristics of the dipolar emission of the loudspeaker. The container has two beech plywood supports CNC made and hand finished, painted the same color as the speaker and spaced by stainless steel captive nuts. The crossover is mounted directly on the back wooden trellis.

The waveguide, free from distortions and non-linearity due to the compression of the air in the throat of the ‘compression’ units, is made from die cast aluminium and damped with an aluminium and bitumen compound.

The unit’s sensitivity is around 96 dB/W/m.

It is possible to choose between four different crossover curves with a difference of around 2dB for sensitivity one from the others, and 1KHz for crossover frequency. They can be easily selected by inserting or removing a pairs of bridge at the back of the box. 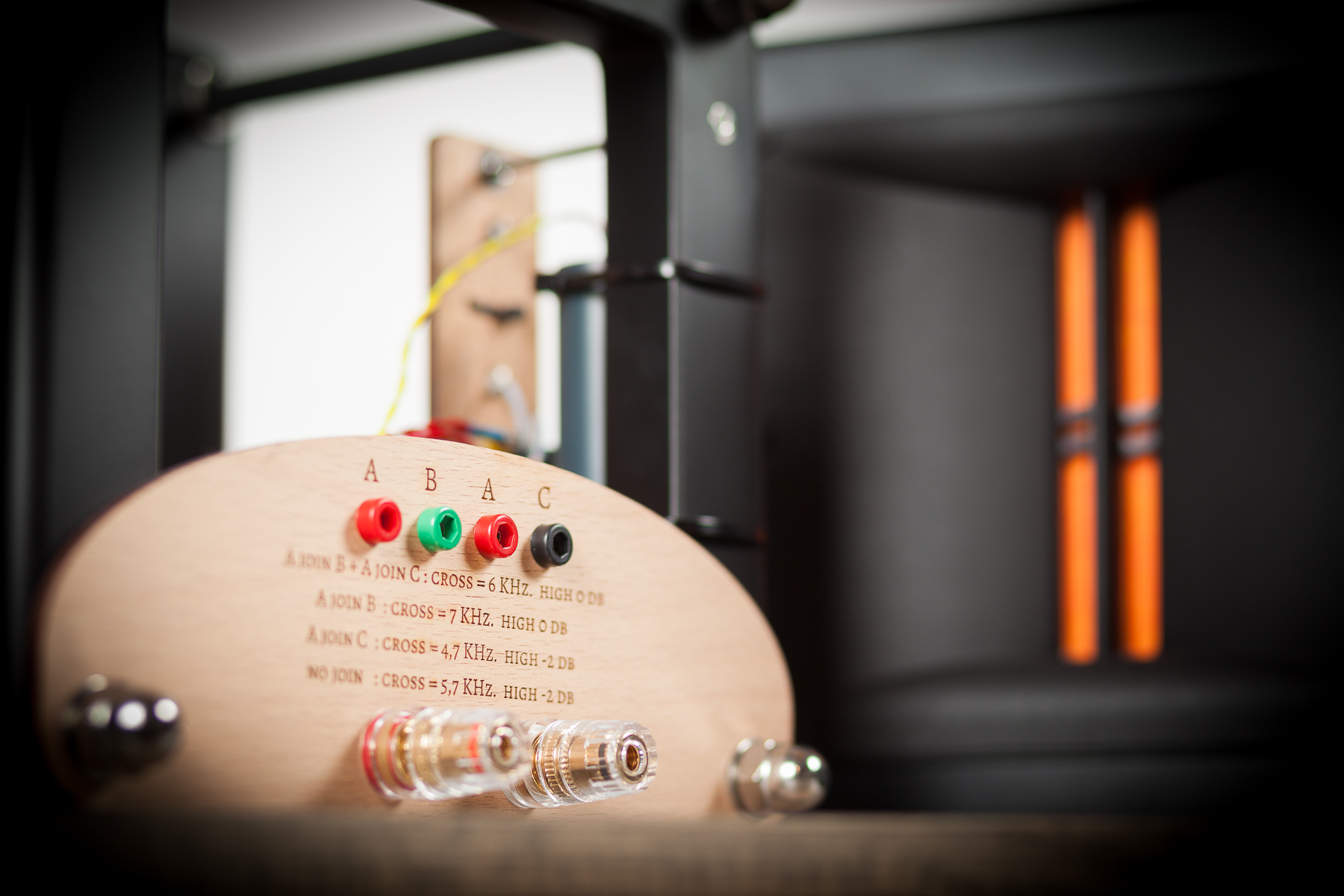 The condensers used are woderful and expensive Jantzen ALLUMEN Z-CAPs, and the resistors are the MUNDORF M-SUPREME resistors. 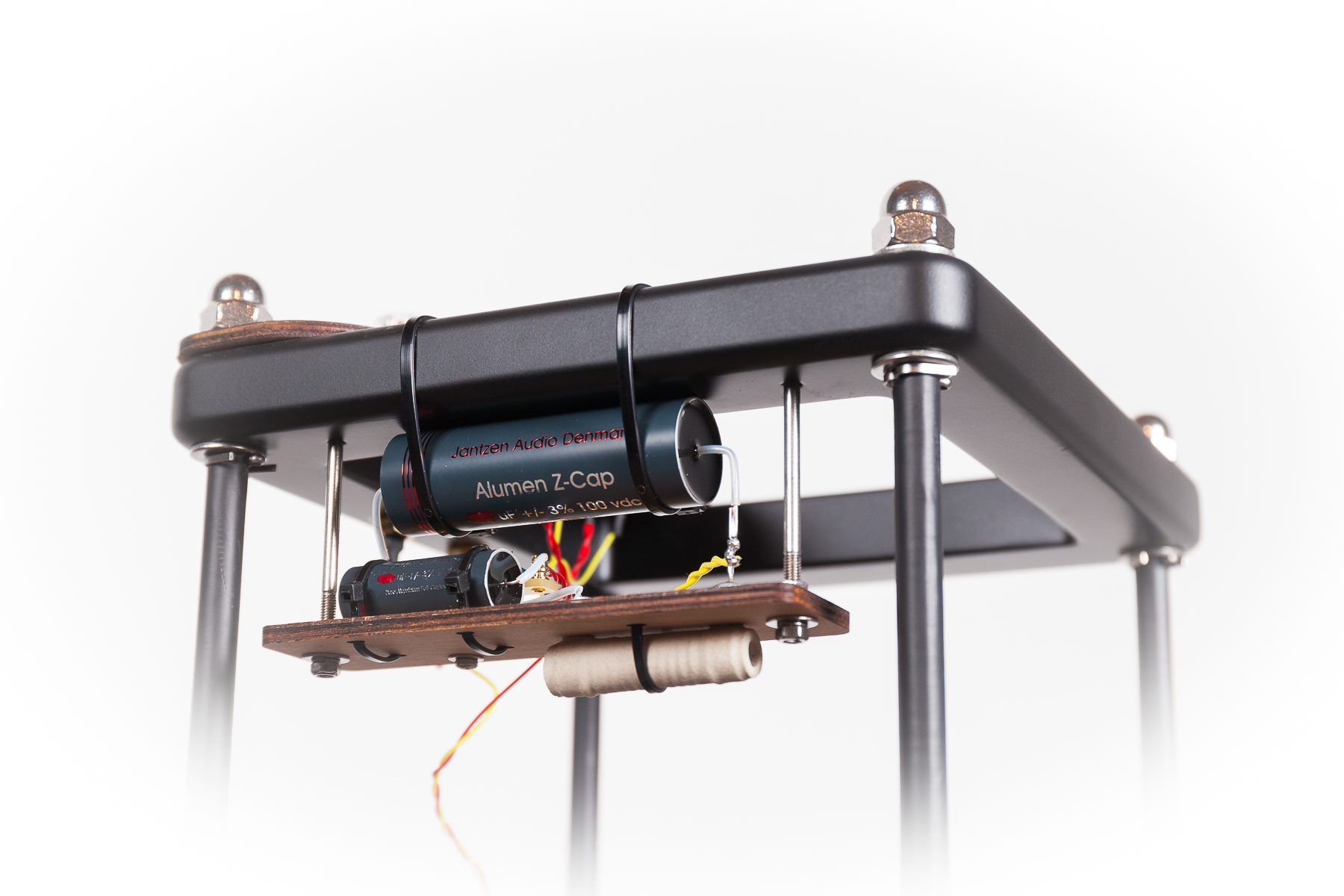 Finally we want to substantiate what we said about the troubled response of the Rehdekos in the original configuration. Below is the measurement of frequency response on the Issue no 55, April/May 1997 of FDS. 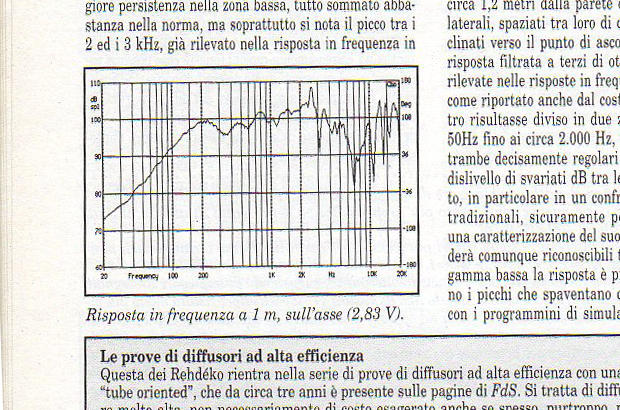 Below the response curve of our tweeter in the two of  four possible crossover configurations. You can see the extremely linear trend that perfectly matches the uneven response of the Rehdekos. 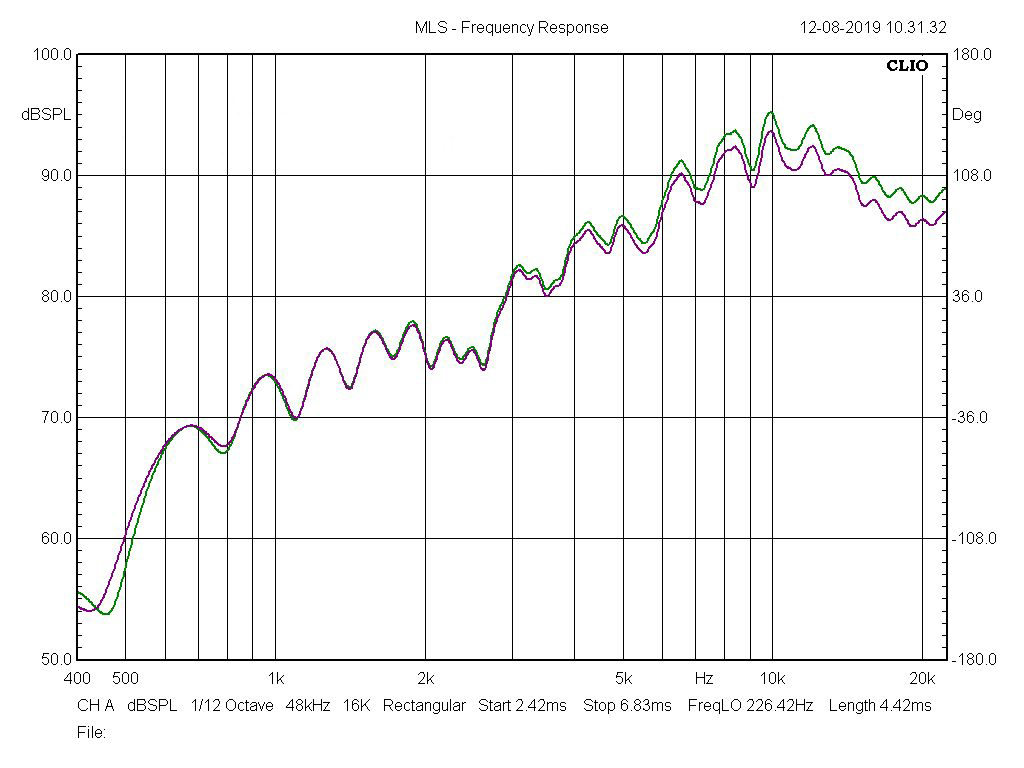 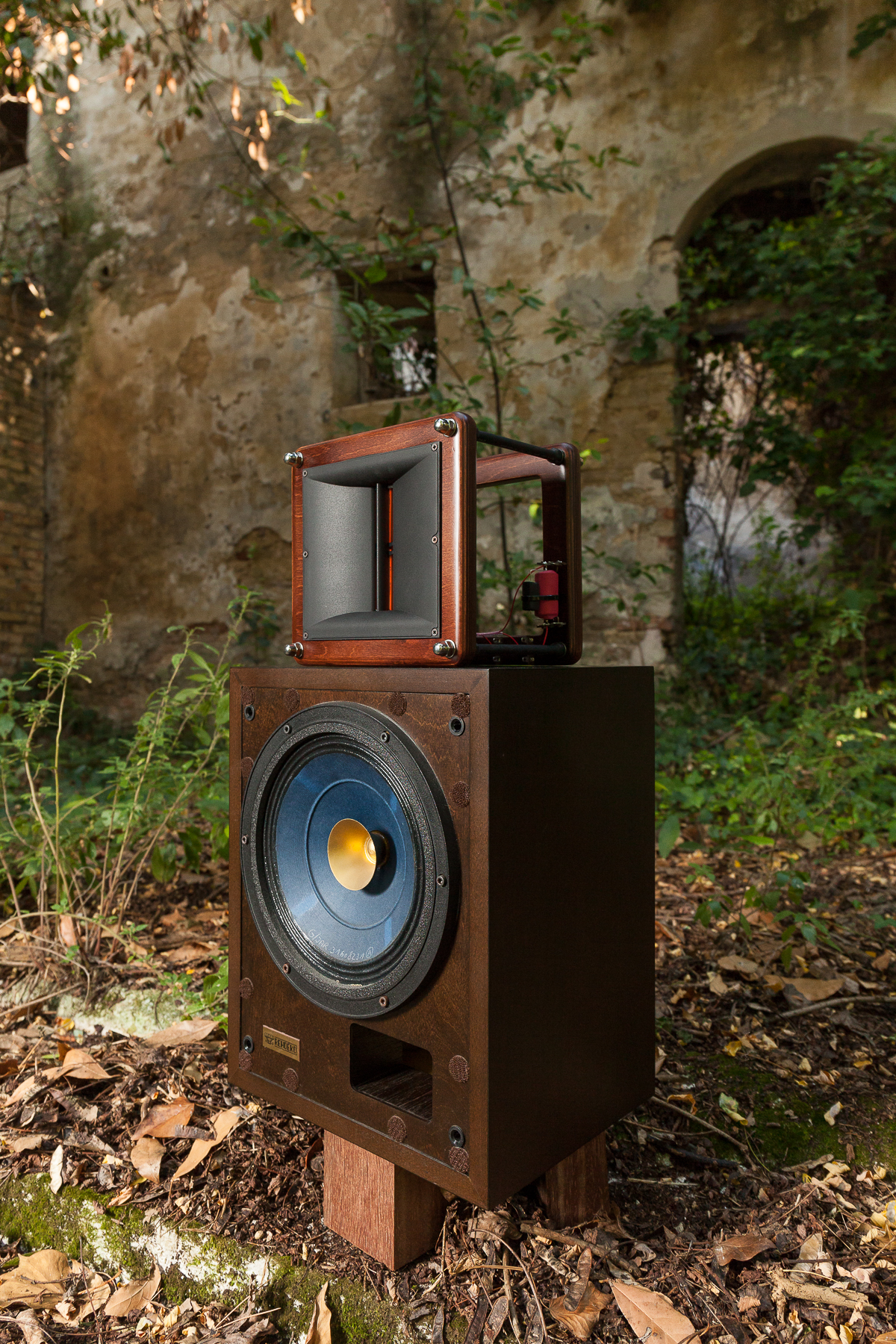 Pair of complete tweeters with four selectable curves, including Clinamen cables to connect them to the main loudspeaker, and measurements signed sheets:  1350 Euros. 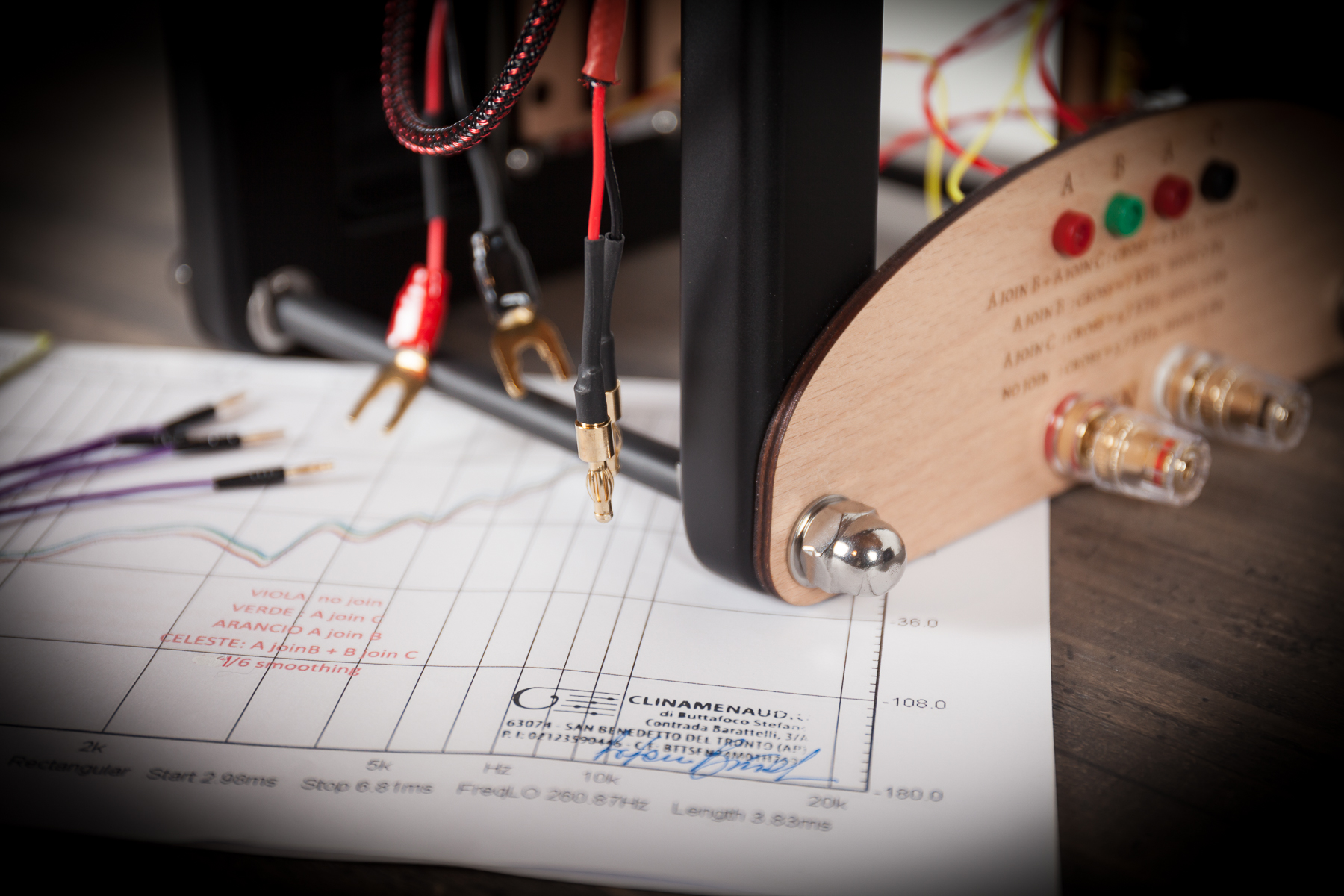