I have owned a couple of Hedlund horns for some time; they are relatively famous cabinets for the Lowther drivers’ horn loading. The build quality is exceptional, although not refined, I believe they are by Ikarus Audio. Unfortunately, though, they had been parked in a corner for years due to the missing low range. I had given up, blaming partly the loudspeaker cabinet, partly the Lowther loudspeaker, which in this particular case is a DX3 (neodymium series, mid range, halfway between DX2 and DX4).

I thought that the famous ‘screaming’ ascribed to the biconical Lowthers was an intrinsic feature of their design. I was very wrong indeed. The question is quite complex and I don’t mean to explore it fully in this informative article. I will only mention that the full-range Lowthers are exceptional loudspeakers, with unique electro-physical features, but as such they must be used to the best of their capabilities. There are special requirements to be satisfied, otherwise they will be blamed for faults they don’t have.

I would like to list some of the reasons why the Lowther loudspeakers are sometimes labelled as little balanced, discordant or generally ill-sounding

In the following table we show the Thiele and Small parameter of our DX3: 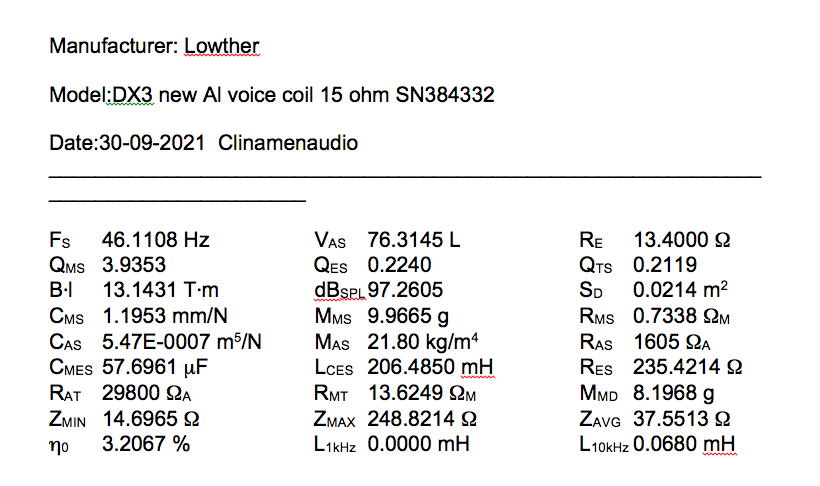 By reason of the electro-physical features of the Lowther loudspeakers range (great motorizations, high BxL factors, light mobile mass...) they are well suited to work with a horn acoustic load. Unfortunately the horns built in most projects have several issues:

As you can see the topic is quite extensive and certainly not complete, but you can already understand why the Lowther drivers often have a reputation they don’t deserve.

But let’s finally talk about the project BOOSTHORN, that is precisely a BOOSTER horn applied to the well known Hedlund Horn. First of all I want to make it clear that I am not implying that the original Hedlund loudspeaker does not work well or that it was poorly designed by its creator (who actually had excellent ideas such as getting rid of sharp curves along the channel), but, like everything in the world, it is the result of compromises, first of all size.

I have tried to improve the situation as much as possible, having the desire and space to improve a loudspeaker with excellent potential. To this end I would like to thank my friend Angelo Fragalá, great expert in the Lowther world, with whom I have had a significant and fruitful exchange of ideas. Without Him I would not have understood the hidden potential of the Hedlunds. Thank you Angelo. 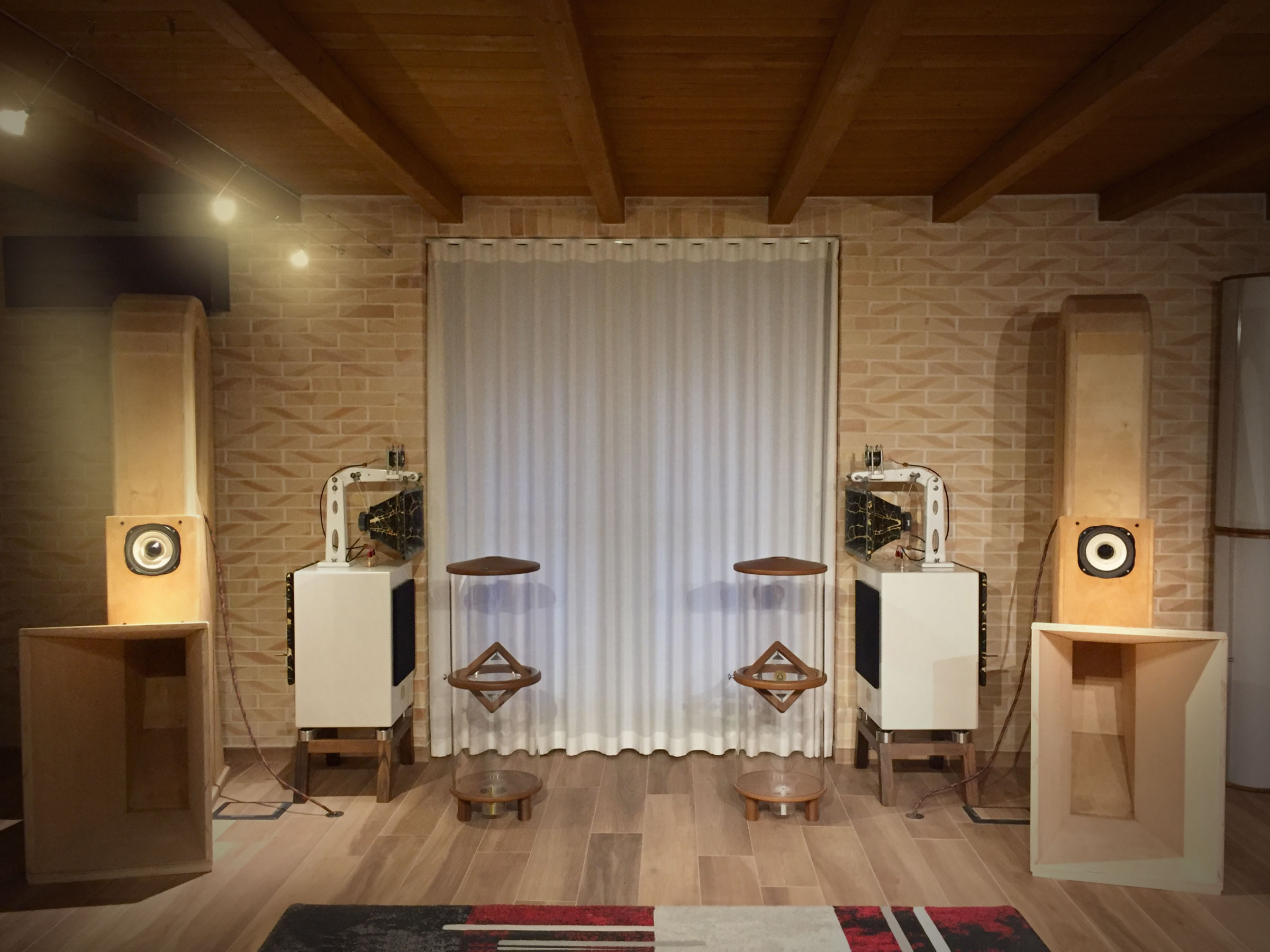 Pictures speak louder than words; the most visible intervention is the addition of a diverging conical channel, which has thoroughly been simulated with Hornresponse. This intervention lowered the system’s harmony Fc, reaching a horn length of over 3.3 meters.

Obviously the development of the channel is not ideal as if we’d started a project from scratch, but the results simulated with Hornresponse, measured and listened to, gave us huge satisfaction.

At present the Boosthorns are only supported by the Hedlunds but we are in the process of designing clamps that will be fixed both to the Hedlund and the Boost, and which will be later ‘tie-rodded’. There will also be a seal between them. The Boosthorns are made of 23mm birch plywood.

There have also been ‘non visible’ interventions, just as important, concerning the compression chamber. It has been suitably processed to help the degradation of the energy of medium-high frequency, in order for it not to spread in the horn and backwards towards the loudspeaker’s cone.

Another important alteration has been the use of a 3mm laser cut cork gasket, in order to mechanically uncouple the Lowther basket from the Hedlund’s cabinet.

In the image of the Clinamenaudio Atelier you can see how the loudspeakers have been placed as much as possible in the joining of the two angles. The more they are in the corner, the closer we are to the radiation of π/2 Steradian, project radiation. If you are worried that the position backed against the bottom wall limits the depth of the scene, you are misguided; focus and scene are absolutely astonishing.

If you are used to multi-way loudspeakers, be prepared for a pleasant and shocking surprise. 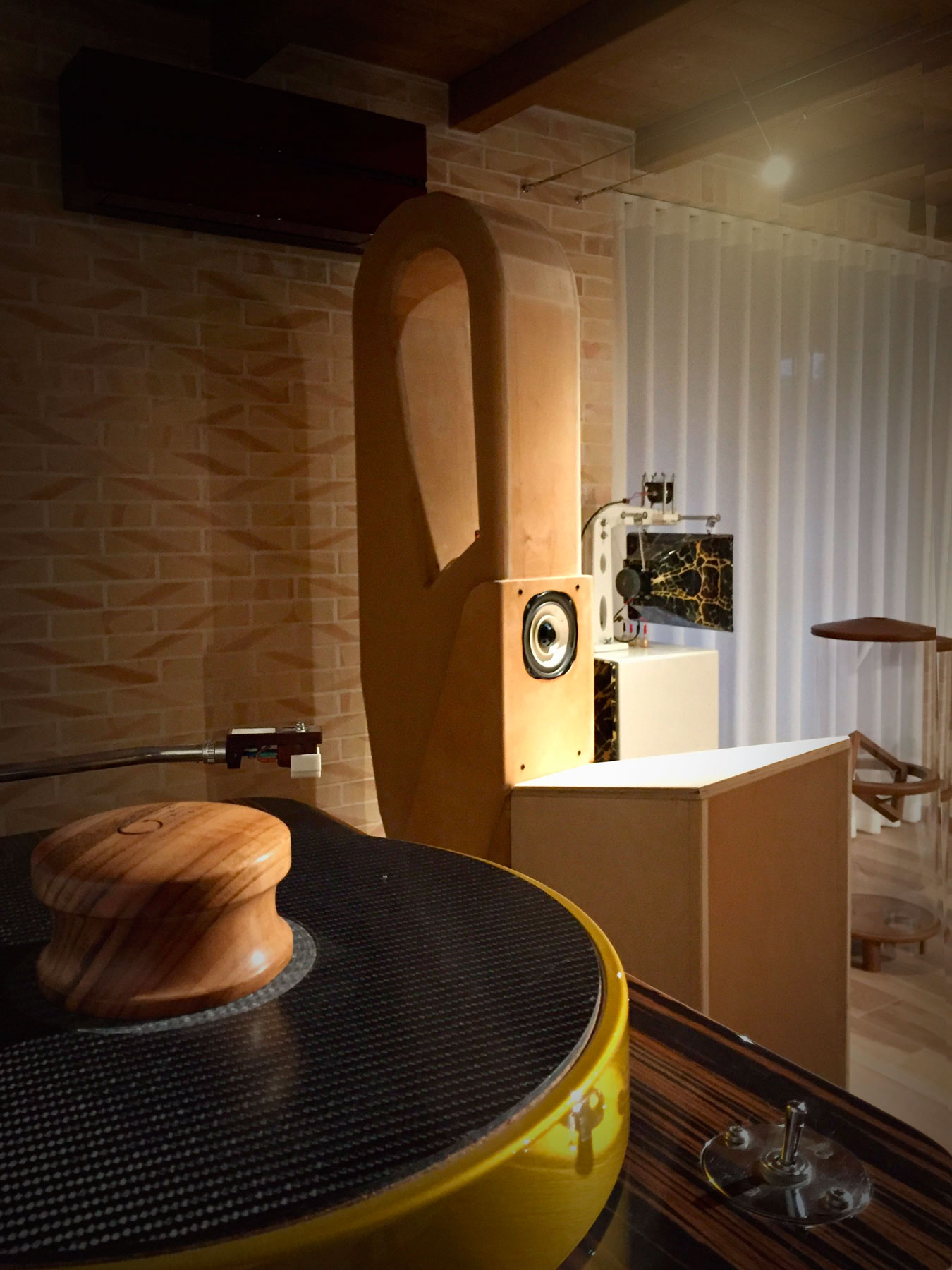 Below you can see the response simulated both with and without the Boosthorns. The improvements in the ripple and in the frequency response are extremely tangible. This is thanks to the superior performance of the acoustic impedance, which loads the loudspeaker’s membrane with less rippling and more consistently with frequency changes. 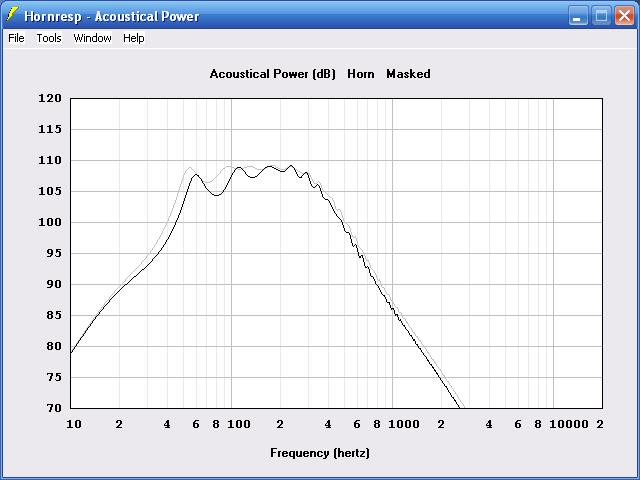 Below you can see the response at sixths of an octave, excited by pink noise, recorded at the mouth of the horn (the two curves refer to the different volumetry of the chamber, as well as damping). It is beautiful to see the Natural low-pass performance of the ‘Horn system’: the reduction of the response has three poles, one due to the cavity behind the loudspeaker, one due to the mobile mass of the latter, and finally one due to the inductance of the mobile coil, but in the Lowther the inductance is extremely low and this pole is very high. You can see how the mouth emits with great energy even at 60 Hz frequencies! 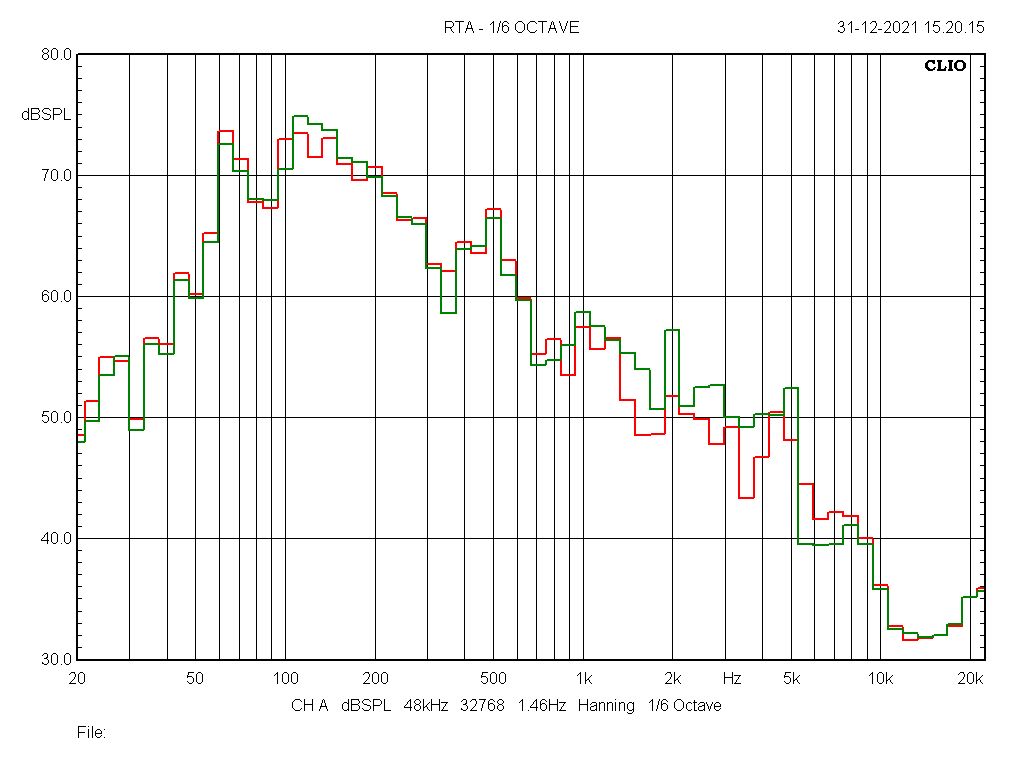 Finally, the response to pink noise at sixths of an octave, of the Hedlund with and without the Boosthorn. We’ll leave the comments to you, the readers. 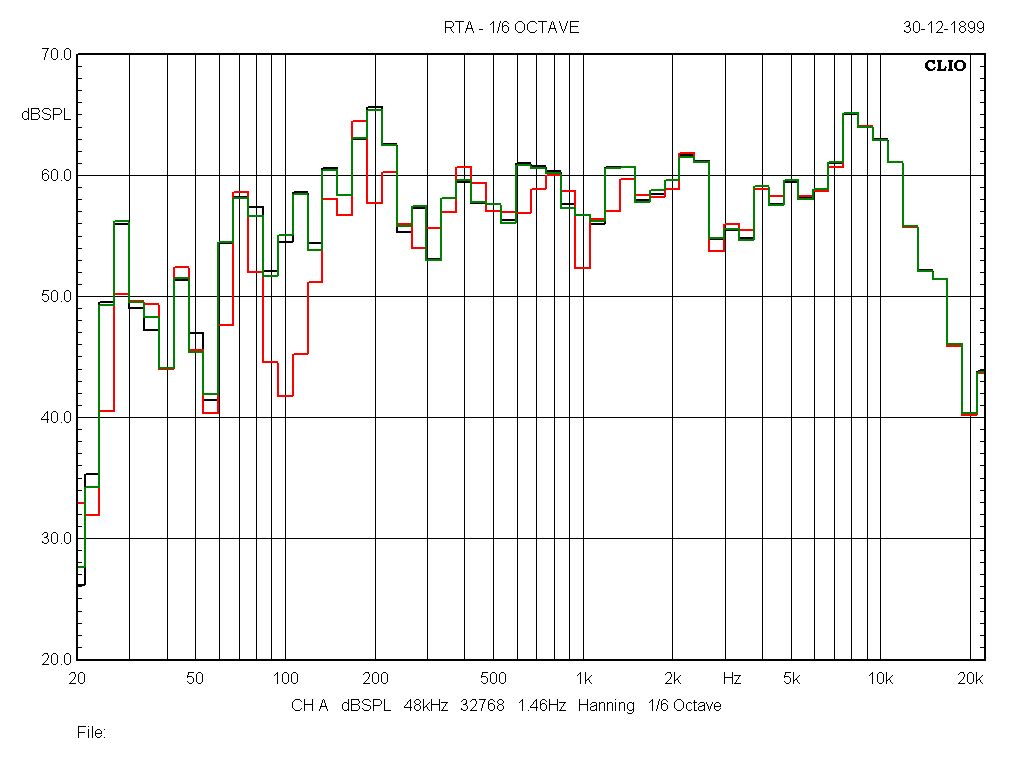 The listening is thrilling; listening to a well-dimensioned horn bass is an experience that leaves a mark. The gumminess and artificiality of the resonant systems disappear; everything becomes clearly audible, not being masked any longer. Speed, harmonics and focus: they are record breaking.

The alteration of the Boosthorn is available in every detail, both only as building plans and as an assembling kit (including soundproof material for the compression chamber and cork gaskets for the Lowther).